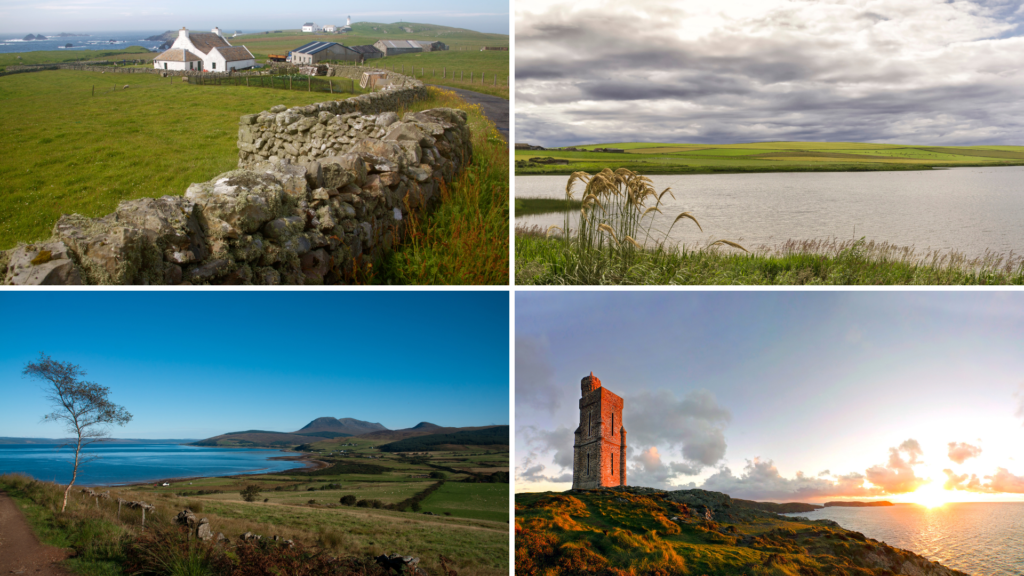 Drilcorp’s drillers and engineers have certainly been gaining their sea legs in recent months. We have worked across the length and breadth of the country, even leaving the mainland to carry out work on some of Britain’s most remote and beautiful islands.

Our team have been busy constructing, repairing and refurbishing water supply boreholes from the Isle of Man to the Isle of Arran, the Orkneys to the Fair Isle. These commissions have presented our field personnel with a fantastic opportunity to enjoy new experiences and visit parts of our country that they might otherwise have never seen.

While our team are all dedicated professionals and extremely diligent in the work that they undertake, these trips should never be all work and no play. Our team like to gain a better understanding of the areas they visit, pick up some of the local customs and find out more about the history of their temporary homes.

So, this month we wanted to dedicate our blog to share not only some of the details of our most recent projects but also some interesting facts from each location. 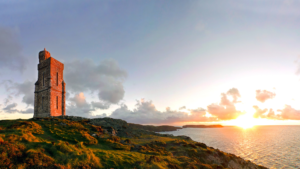 Situated in the heart of the Irish Sea between England, Ireland Scotland and Wales, the Isle of Man is home to the oldest continuously running parliament in the world, established by the Vikings more than 1000 years ago.

The Isle of Man is also famous for being the birthplace of the Bee Gees and the home of the internationally famous Isle of Man TT (Tourist Trophy) – a motorcycle race that has been running on the winding country roads of the island since 1907.

Our work on the Isle of Man involved the drilling, installation and commissioning of a water well capable of supplying the local scallop factory’s wash plant. The project ran as seamlessly as we could have hoped and we were delighted to hear that word of the cost savings enjoyed as a result of the new borehole swiftly made it around the local community.

This resulted in the creation of a second well up in the hills for a nearby holiday cottage. Given that our team and all of the necessary equipment had already been transported to the island and a second trip would be both financially and environmentally wasteful, we decided to complete this second borehole immediately.

The second well was a slightly more technical project, requiring a completion depth of over 150 metres. But the end result was precisely the same: a successful commission and a satisfied customer.

As a result of this project, a further three domestic boreholes were then subsequently completed before departing the island.

These projects utilised Drilcorp’s truck-mounted MI6 multipurpose drilling rig and road-towable compressor, which were ideal for this type of operation.

The Isle of Arran is the seventh-largest Scottish Island (432 square kilometres) and is situated on the west coast of Scotland in the Firth of Clyde. It has a population of around 5,000 people and is one of the few places in Scotland to have a climate that is temperate enough to grow palm trees. The daughter of the famous Celtic warrior is said to be buried beneath a standing stone situated on Arran’s west coast.

Drilcorp’s engineering department BES was called in to assist with alterations on two mains water supply boreholes on the Isle of Arran. The boreholes, originally artesian and drilled by Drilcorp in the 1990s, had reduced the groundwater level over time and during the long dry summer of 2021 levels were perilously close to the submersible pump intakes.

The drilled depths of the boreholes were substantially deeper than the levels that the submersible pumps were set to, but the pumps were at the end of their duty curve and were not suitable for pumping a higher head.

Urgent work was required and so our team quickly established the scope of works to remove the existing pumps and install new pumps with a greater pumping head capacity deeper into the boreholes.

The original Wellmaster rising mains had served their purpose for many years and, although still in good condition, the client decided that a new Wellmaster should be installed rather than fitting extensions.

BES rapidly carried out the operation and our client was able to keep plenty of water flowing until the aquifers were refreshed by the autumn and winter rainfall. 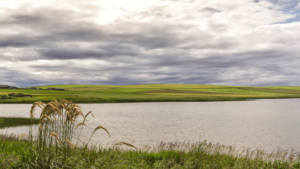 Orkney is an archipelago off the north-eastern coast of Scotland. The islands have Neolithic sites, tall sandstone cliffs and seal colonies. Orkney is Scotland’s busiest cruise ship port with 70 ships a year and the largest landowner in Orkney is the RSPB which has 113 reserves there.

Drilcorp was commissioned to find a new commercial water supply for our client’s distillery near Kirkwall. It was established that the current water supply was potentially jeopardised by a new development in the area and that there may also be a reduction in water available from the borehole due to climate change.

The client wanted the new supply to be within the current boundaries of their property, which narrowed down the options of borehole location. Drilcorp engineers studied the geological plans and found that the strata beneath the site would generally yield some groundwater but not enough for our client’s requirements. However, a geological fault beneath the property was identified that it was thought could provide a suitable yield.

The line of the fault was known but its exact location was not visible on the surface topography. Drilcorp drilled a line of investigation boreholes 10 metres apart at 90 degrees to the fault line. The fault was located and it was found that it did indeed have more groundwater than the surrounding bedrock. Further boreholes were drilled to determine the dip of the fault until the fault and associated groundwater was intercepted deep enough to provide optimum yield.

It was at this location that the Drilcorp team drilled a large diameter production borehole. The work was repeated along a second line to locate the ideal location for a second production borehole, which was then constructed. Preliminary small scale test pumping will be carried out shortly after, and the information gathered was forwarded to SEPA for licencing application. 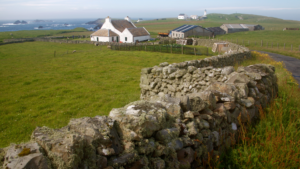 Fair Isle is an island in Shetland lying about halfway between mainland Shetland and Orkney. It is known for its bird observatory and traditional style of knitting. The island has been owned by the National Trust of Scotland since 1954.

In 1588 the flagship of the Spanish Armada was shipwrecked on its treacherous rocky coast, forcing its 300 sailors to spend six weeks living with the islanders.

This ongoing project will see two mains water production boreholes being refurbished and then cleaned to remove iron and manganese build-up. The scope of works involves the removal of current permanent casings and the replacement with stainless steel with the annulus fully grouted.

Once the refurbishment work is completed, the borehole will be jet cleaned and airlift developed. Submersible pumping equipment will then be reinstalled. Work on this project has commenced and our team will complete the project on the Fair Isle in February.

To find out more about Drilling and Engineering Services provided by Drilcorp, please get in touch via info@drilcorp.vm or by calling 0191 5273970.