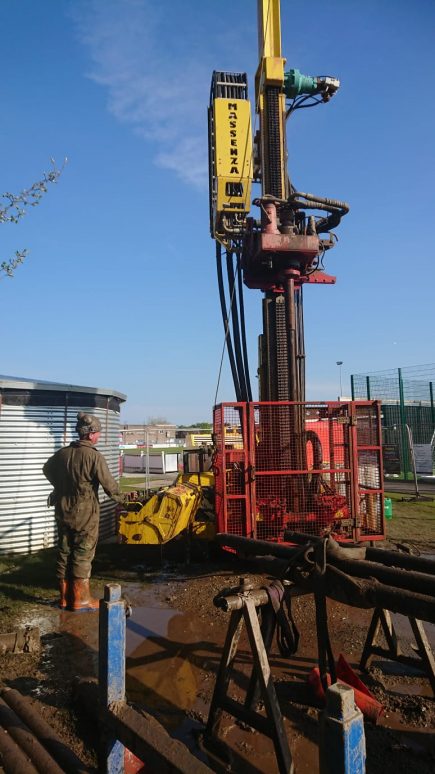 In early 2019, the owners of South Shields Football Club instructed Drilcorp to commission a new borehole on site to supply water for the pitch watering. A borehole prognosis report was carried out by a local consultant to support the design of the new borehole.

Why was a borehole needed?

The club was spending a large amount of its budget on mains water and looking for a more cost effective solution to keep the pitch maintained.

The required extraction was less than 20m3 per day and therefore would be exempt from an abstraction licence.

History of the club

The first recorded public appearance of a named South Shields Association Football Club was in 1888, and in 2013, the club celebrated 125 years since this event.

The initial club rose to prominence between 1919 and 1930, when it was a member of the Football League and recorded memorable victories over the likes of Manchester United and Chelsea, and twice reached the fifth round of the FA Cup.

The club folded in 1930 before reforming, with the next South Shields club competing until 1974, with an FA Cup third round trip to Queens Park Rangers among its highlights.

The current club was founded in 1974 and competed in the Wearside League until the early-1990s, when it joined the Northern League and moved to Filtrona Park, which has since been renamed Mariners Park.

The Mariners were made homeless in 2013 when the club’s lease on Mariners Park expired, and they were forced to play home games in Peterlee – 20 miles away – to stay afloat.

Geoff Thompson took ownership of the club in 2015 and brought the club back to Mariners Park before helping to lead the club to three consecutive promotions, from Northern League Division Two to the Evo-Stik Premier Division.

There have also been numerous cup successes along the way, including most memorably the winning of the FA Vase at Wembley Stadium in 2017 – one of four trophies lifted during that season.

The club plays its home games at Mariners Park, which has a capacity of just short of 3,500. Average crowds are around the 1,500 mark.

More information on the club can be found below.

The borehole prognosis report indicated that the club was underlain by Pennine Middle Coal Measures bedrock and that several historic boreholes had been drilled to establish ground investigation works. The first major sandstone unit with potential for a groundwater supply beneath the site is the sandstone above the Hebburn Fell seam. This was considered the best site to support a sustainable water supply at the proposed rate.

Drilcorp mobilised to site and began drilling using the M18 drilling rig using a Symmetrix System. This new system of drilling improves the drilling condition in all ground conditions and gives a more accurate and quicker result. The casing advancement system is comprised of an ingeniously simple method of drilling through overburden while advancing the casing into the hole at the same time. This enables contractors to perform their work faster with higher quality and reduced risk of the hole collapsing.

The original depth of the borehole was calculated at around 36 metres. However upon drilling water was struck at a much higher level and the final depth was 27 metres below ground level to intercept the groundwater aquifer.

The borehole diameter was drilled to 125mm to allow the subsequent installation of a suitable submersible electric water pump and associated equipment.

The borehole was then fully lined with UPVC casing, which was slotted over the water-bearing zone of the borehole. The annulus between the screen and the borehole wall was back filled with a filter material placed over the screened section. A Bentonite seal was placed above the filter zone. The remainder of the annulus was grouted to form an impermeable seal, which will prevent surface contamination entering the pumped aquifer.

To ensure the quality and potability of the water supply, a disinfectant solution of Sodium Hydro-chloride was pumped to waste until the tanks were clear and a water sample was taken to send to the laboratory for analysis and testing to confirm that the supply was suitable for human consumption. A constant rate-pumping test was also undertaken over a period of six hours to give an indication of the borehole yield. This was confirmed as 6 cubed an hour which was substantially more than needed. Results from the water analysis showed that the water was not potable sue to high levels of iron and manganese. 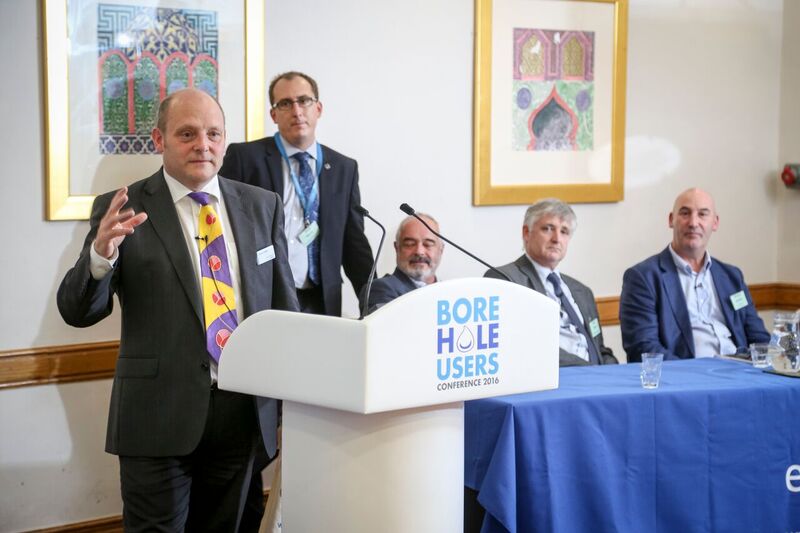