Fire up Your Fermenters! 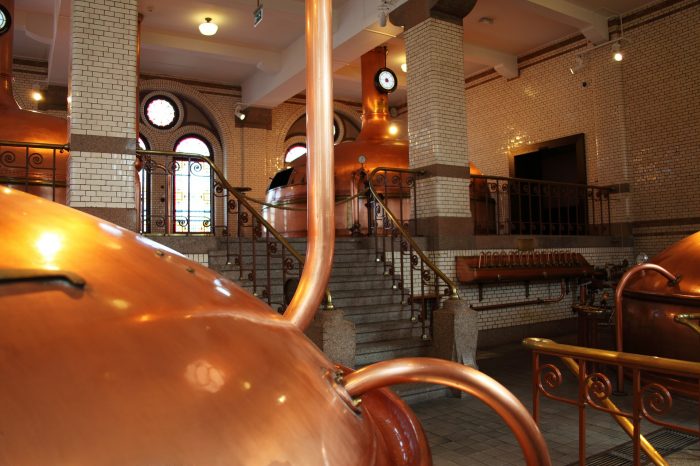 The UK craft Beer market has seen a massive surge in the last few years and we now have around 1700 breweries. Pubs and restaurants are increasingly swapping normal draught for the more expensive and exclusive craft versions and the market sees no signs of slowing down. In 2016 around 520 new breweries opened. With more and more people opting for the craft beer trend a raft of micro-breweries have been set up on farms, from home garages and warehouses.

Usually defined as an independent brewery that produces a very small amount of beer, microbreweries are characterised by a stronger focus on quality, flavour and technique; giving consumers something to be sipped and savoured, rather than the bland, mass-produced lager pumped out by the large corporate distilleries.

Whether you prefer a pale ale, porter, ruby, IPA or stout, the choice of beer at pubs across the UK has changed beyond recognition mostly thanks to the rise of craft breweries.

Brewers are always looking at new ways to make their product unique, whether it’s with the hops, malt or a unique flavour like chocolate or toffee. Gluten free beers and beer made from bread are also becoming popular.  However the most important factor in beer making is water, which forms 97% of the mass and it something which can’t be bought on the internet or in the supermarket.

Many brewers use their local supply, but water from a borehole can be cheaper in the long run and can be filtered to create that perfect taste. Water contains minerals and organic compounds which have the ability to alter the taste of a drink substantially and its well-known that a certain brand of mineral water can make a blended whisky change to taste like a malt.

Water that contains high levels of sulphur can make beer taste completely different to one that uses soft water for example.

All plans for a borehole will need the advice of a water expert or consultant who can carry out a borehole prognosis report and test the water course for alkalinity and hardness. Permanently hard water is ideal for brewing but changes in the alkalinity may need to be treated to reduce bicarbonate levels.

Borehole Engineering Services have worked for many years with some of the biggest distillers, malting companies and brewers for over 25 years and can carry out water analysis, treatment and aquifer testing. Test pumping is a practical and reliable method of estimating well performance, well yield, water quality and the characteristics of the aquifer.

Borehole water may need to be treated for a number of conditions. An ultra violet filter can kill Bacteria and is recommended when the supply is used for drinking in case of a change in circumstances. Iron and Manganese are a common problem with groundwater and can cause a metallic taste to the water as well as discolouration.

Current regulations set by the Environment Agency allow 20m cubed to be extracted per day without the need for a licence which may be sufficient for a small craft brewer but in the long run the costs of investing in your on private water supply will be cheaper than paying for a utility company supply.

Different types of beer require different kinds of water. The PH affects the beer taste on the palate while sulphate and chloride can provide seasoning to the taste and contaminates can cause the beer to taste off. Usually, good brewing water for conducting the mash and creating the wort should be moderately hard and have low-to-moderate alkalinity.

Leeds and London have seen a surge in craft brewers but there is still room in the market and there are many areas where the trend is still growing or where supply is lacking. Cost is definitely one consideration to setting up but with a private water supply this can be reduced significantly.

If you are a considering setting up your own microbrewery or are already experimenting in the market then why not give BES a call and discuss how we can help with your water supply.

More information on Craft and Micro-Breweries can be found below.

The Society of Independent Brewers(SIBA) represents the interests of the UK’s independent breweries.

The Craft Brewing Association(CBA) promotes the craft of home brewing, and organises local and regional tasting meetings, where you can get fellow aficionados to taste test your beer, and offer advice and inspiration.

The Campaign for Real Ale(CAMRA) is an independent, voluntary advocacy group that supports consumers’ rights in the beer and drinks industry – with a mission to promote quality and choice.

The British Beer and Pub Association(BBPA) exists to promote and protect the interests of Britain’s brewers and pubs. Claiming its members account for 90% of the country’s beer, the organisation champions the needs of the industry and speaks for a diverse and wide representative base.

The British Bottlers’ Institute(BBI) is a non-profit membership organisation that provides a point of contact for all those concerned with the bottling, canning and packaging of beverages and other products

Finally, the Brewing, Food & Beverage Industry Suppliers Association(BFBi) is a trade association that represents the entire value chain of its titular industries, monitoring legislative proposals, and providing a forum for formal and social member meetings.