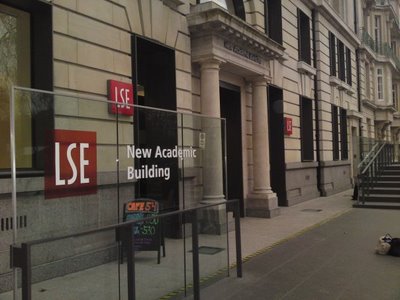 When a borehole or well is no longer needed it should be decommissioned as it could be a potential liability if surface contamination was able to enter and pollute an underground aquifer. Contamination can move laterally through the aquifer with the natural flow of groundwater having a detrimental effect over a great area. Therefore landowners and developers should consider abandoning redundant boreholes or wells to remove this liability.

The Environment Agency has produced a document entitled ‘Good Practice for Decommissioning Redundant Boreholes or Wells October 2012’ which details the legal framework and the importance of proper decommissioning along with some guidelines on methods of decommissioning.

It is important to use an expert contractor such as Borehole Engineering Services when a borehole(s) is to be decommissioned.

Borehole Engineering Services was commissioned to carry out a project at London School of Economics where two defunct boreholes required decommissioning. The specified decommissioning works involved backfilling the boreholes in a way so as to mimic the varied strata that they penetrated. However before the works could commence there were a few hurdles to overcome! The hustle and bustle of the city centre didn’t deter the BES engineers who had to shut down ‘Houghton Street’, close three disabled bays, fence off the immediate area and remove ground level grating from the front of the building. Plant and materials were then lowered on a portable davit system down to the basement and then moved carefully through to a plant room and finally into position suitable to carry out the work on the boreholes themselves, while ensuring at all times that the marble structure of the building was protected.

Once the equipment was in position the borehole backfilling commenced to exacting specifications. Sections of the boreholes were backfilled with either pea gravel, hydrated bentonite pellets (dust could activate fire alarms) or bentonite/cement grout mimicking the original aquifers and impermeable layers originally penetrated. Once filled to a predetermined level and settled, the remainder was backfilled with concrete. The top metre was then completed with an impermeable plug and cap to prevent the potential entry of any surface contaminants.

A factual report was provided to the client which contained the reasons for the abandonment, measurement of the groundwater level prior to backfilling, the depth of each layer of backfilling and sealing materials, the type, quantity and sealing materials used, any changes that were made to the boreholes during the abandonment and any problems encountered during the abandonment. As good practice states the word ‘WELL’ was then deeply inscribed to the well caps to avoid considerable risk, delay or uncertainty in the event of the structure being discovered during excavation by others in the future. Finally the Environment agency and British Geological Survey were then notified of the abandoned boreholes.

Michael Bushby Contracts Manager for Borehole Engineering Services stated, “This project offered difficult and strict working conditions with limited working space. The BES team showed extreme initiative at all times and the end result was exactly to specification. Every aspect of the Job ran smoothly, and the client was more than happy with the result which was finished to the highest of standards by our engineers”.

Each decommissioning job is different in terms of its location, geological setting, borehole construction, dimensions, hazards, and most importantly, intended site after-use. Therefore the most appropriate abandonment method will vary from site to site.