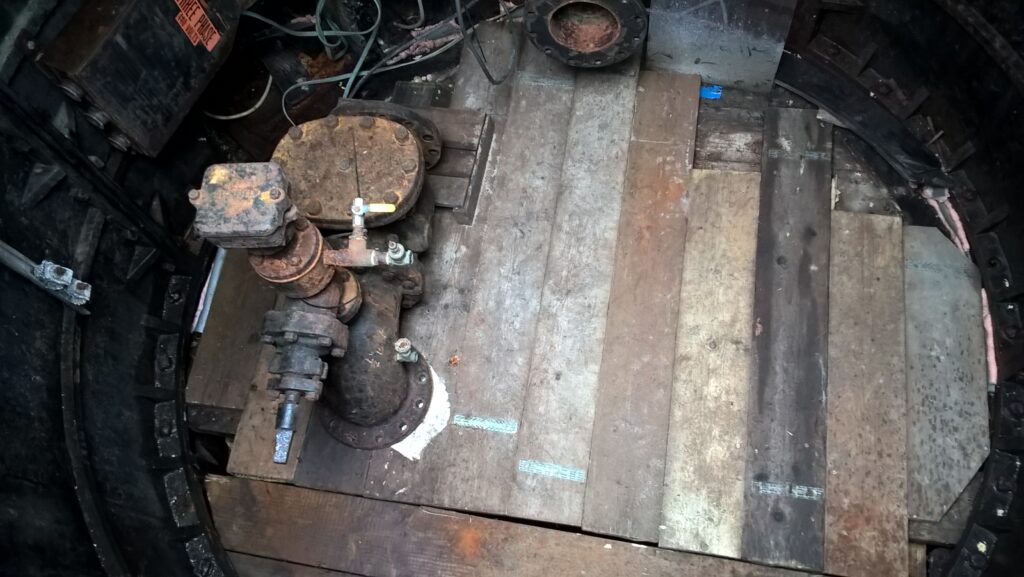 In August 2016 Borehole Engineering Services (BES) received an order to refurbish a long disused water supply borehole which was drilled over 100 years ago. A previous CCTV inspection of the existing 790mm borehole lining had identified corrosion and surface water intrusion over the top 15mtr which could potentially allow undesirable bacteria to the structure. The video inspection also identified that the borehole which was originally drilled to 151mtr was now dipping at 142mtr due to the build-up of sediment over the years. The sediment was a potential source of turbidity and would need removing. The bottom section of the borehole also penetrated marls which also cause turbidity and the client wanted this strata grouted up following the removal of the sediment.

The work package consisted of Relining, Acidising, Scrubbing, Airlifting, Grouting and then carrying out a CCTV survey to demonstrate the condition of the refurbished production borehole. A new submersible pump and rising main was then to be installed and the borehole recommissioned.

A construction Phase Plan was drafted and signed off before works commenced.

The Client had previously removed the existing submersible pump and rising main which had been out of action for a considerable time.

BES was instructed to reline the top section of the borehole to a depth of 24mtr. A 693mm casing was selected for the relining. This casing was centralised within the original 790mm casing with steel centralisers welded at 3mtr intervals and 3no grout skirts were fitted externally near the base to assist in the subsequent grout installation. The relining casing was installed using a 35ton mobile crane with each 6mtr length being lifted into place, centralised and welded. Once the full string of casing was in position, it was secured on steel lugs while the grouting operation was carried out.

Mikolit 500 bentonite pellets were now introduced down the annulus and onto the top of the grout skirts and wetted. They were then allowed to swell and form a tight seal between the two casings. A slug of grout was then tremmied onto the top of the seal and this was allowed to set. Further grout was placed in stages until the annulus was fully grouted to the surface.

An extension piece of casing was fitted to the newly placed flange thus raising the top of the casing out of the wellhead chamber for safety purposes during the acidising operations which can produce copious amounts of gas. 6 tons of hydrochloric acid was introduced into the borehole through a special pressure tested acidising headworks. The acid was introduced in 1 ton increments while monitoring for pressure fluctuations. Hydrochloric acid reacts vigorously with the Magnesian Limestone strata found in this location often causing a potentially dangerous pressure build up. In this instance no pressure build up occurred indicating that the Limestone was highly fissured. The acid reacts with the Limestone and burns its way through the fissures dissolving blockages and opening up channels allowing an easy route for groundwater to enter the borehole.

Acidisation creates loose debris from the dissolved sediments. The borehole casings also become encrusted over time. One method for removing this build up is to scrub the borehole walls with mechanical brushing action. As part of the works programme, the borehole was now scrubbed throughout with a steel wire brush. The 700mm diameter brush was fitted to 31/2” IF drill rods. This operation removed all loose encrustation from the sides of the borehole and casings ensuring that there were no loose elements to become dislodged and damage the submersible pump or to cause turbidity in the groundwater.

The scrubbing process creates copious loose material and sludge which falls to the bottom of the borehole. Air lifting is a good method for removing this unwanted debris. A main eductor pipe is lowered through the water table and near to the base of the borehole. A secondary smaller pipe introduces air fed by a compressor into the main pipe. The air enters the water column inside of the main pipe and rises rapidly causing suction at the base. The column of water rises bringing along loose debris from the base of the borehole and is ejected into a settlement tank at the surface. The process rapidly removes all loose debris leaving the borehole clean.  This particular borehole had over 100 years of sediment in the base and extensive aggressive airlifting was necessary to ensure that it was cleaned throughout to the original drilled depth of 151.13mtr.

Our high definition full colour CCTV was used to obtain a full DVD record of the final result of the extensive rehabilitation operation for our Client.

At this stage, the results were so positive that the Client requested BES to manufacture a new working platform and headworks for the borehole.  This was completed to the satisfaction of our Client.

The borehole was completed when a new submersible pump was installed along with an 8” ZSM stainless steel rising main to a depth of 126mtr.

Following commissioning works, our Client was delighted that their old disused borehole was now in an ‘as new’ condition pumping copious amounts of clean water into production line.

BOREHOLES ARE OUR BUSINESS 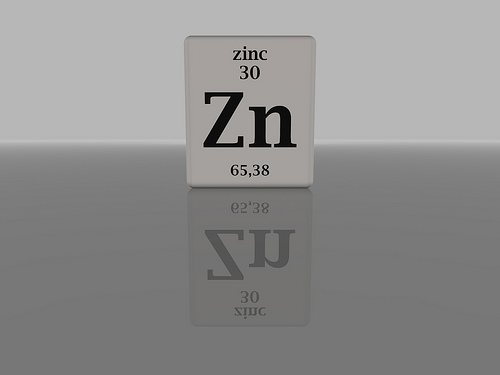